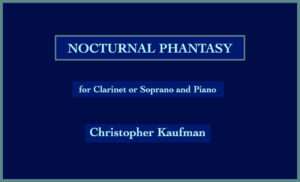 The first two movements of Nocturnal Phantasy were composed during the summer of 1988 and the third movement in October of that Year.  The premier occurred the following month with the composer on piano and Patrice Pastore of Ithaca College singing the voice part.  It was later  re-imagined for clarinet in place of the voice and *premiered and such in 1993.

The first two movements of this piece can be described as piano music with the voice/clarinet as accompanying ‘inner dialogue’.  This music (textless in the voice version) evokes underlying emotions and expressive content.  In the third movement the duo is on more equal footing.

Movement one, Prismatic Vision, begins in a world of gentle mystic colors which culminate into spiritual vision.

Movement two, Clouds-Forms, begins seemingly formless, one image/sound blending into the next, like clouds varying shape.  This accelerates into Storm and Water and finally, Cloudburst, with a quick cessation at the end.

In movement three, Dance, in the voice version, she sings the syllable Da throughout, and the voice/clarinet lays out a smooth counterpoint to the ecstatic music of the piano.  The poetic image is the dancing starlight of the nocturnal sky.

I normally abhor the use of ‘isms’. But every rule can be broken.  A friend, years back, at an event such as June in Buffalo, used the term “French Expressionism” for this music.  It gave us all a chuckle so it is a favorable memory.  Use it if you wish, though for much of my music if I must endure such things, “American Expressionism” has seemed appropriate.  Thanks for listening!  Press below to see/hear Craig and Daniel Ketter’s excellent performance! 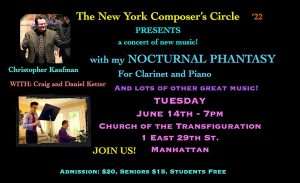 *The recording in the sidebar music player is from the world premiere of the piano/clarinet version. It was performed on an upright piano in a small church.  I took off the board for more sound and played by memory.  It was recorded on a cassette player, digitized with toast, then placed into Logic for improvement. I call these recordings…”My Wax Scrolls”… 🙂 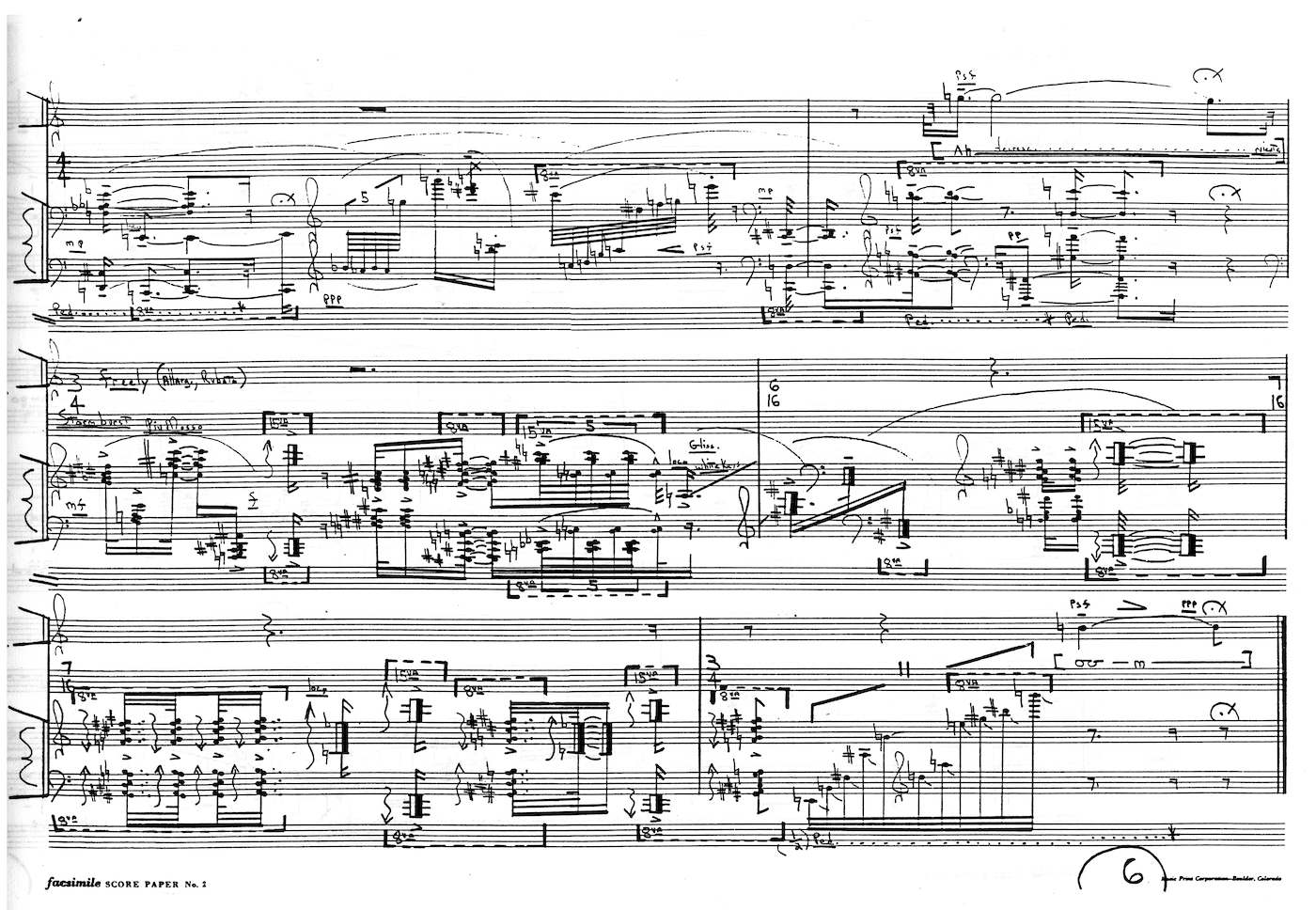