Here are a few of my friends… these are people I’ve worked with over the years on musical and artistic projects of various kinds… and who have helped me become the composer and artist I am today… This site is greatly amplified by their presence upon it… Listed in no particular order, I’ll begin with 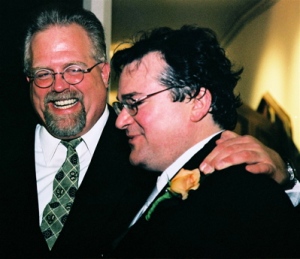 Daniel Rieppel: Pianist, Conductor, Teacher… Dan has commissioned from me music and premiered a number of works including Rieppelmusic, ISLAND, Spirit and will be performing my The Musical Forest next season.  Visit this extraordinary gentleman – HERE:

Robert Dick: Flutist, Composer, Author. Among our planet’s greatest musicians, I am honored to have Robert as a friend.  He led the performance of my The Phoenix – a chamber ballet,  a few years back and last year he performed and recorded the solo flute version of Hudson Valley Music… now we have together embarked on an adventure into presentations for families, i.e. The Phantastic Theater… the centerpiece being my new work The Phantastic Zoo, where Robert is taking on the roles of the Bus Driver, the Wizard Zitthoona, The Dragon and The Living Tree. His work The Other Flute is used by composers and musicians across the world. Inventor: Robert’s ‘glissando headjoint’ for flute performance is gaining worldwide fame. Visit ROBERT HERE: – VISIT his FLUTE CONCERTO PAGE:

Paul Groh: Violist, Composer and Wizard of the written word, Paul is a long time friend, supporter and collaborator! Born in Michigan he has performed in both classical and country music circles… during his high school years he both founded an award winning folk band and pursued his interest in classical music. Later he attended schools such as Southern Methodist University in Dallas, where we became friends… he played in orchestras and rock bands… and then migrated to Australia where he has lived for years.  There he plays principal viola in orchestras, writes program notes for them, helped establish a leading chamber music festival and many other wonderful things… Visit him and experience his extraordinary wit and work HERE:

Sera Jane Smolen: Cellist, Composer, Improvisor, Master Teacher. A great friend for many years, core-member of our arts performing org. CHIRON Performing Arts for 14 years… Sera has brought into being many of my works such as Canto for cello and piano and my piano trio, Madrigal In Spring.  Because of her help my work Ocean, Nocturne, Spirit (derived from Hudson Valley Music) was recently performed by the Cayuga Chamber Orchestra.  Sera was more than just a friend… and I look forward to working with her again on music and concerts!  I also borrowed a great deal from her teaching expertise which I use in my own teaching style!  Visit Sera HERE:

Hank Roberts: World reknowned Cellist, Composer, Improviser. One of the most glorious musicians of my experience, Hank was a regular on my CHIRON Performing Arts series… it was a great pleasure and always a terrific learning experience improvising with him, playing our music together and creating concerts… he can improvise in any style often much better than many composers can write with six months to think about it… a true master artist and an extremely fine person… Visit Hank HERE: and find him on Youtube!

Demetrius Spaneas: Saxophonist, Composer, World Traveler.  Demetrius and I basically worked on one project, but it was a doozy… Music From Earth – for Alto Saxophone, CDTape filled with natural sounds and video (natural images and the art of Ken Cro-Ken)… Demetrius originally toured with it in Uzbekistan, Ukraine, Bulgaria, Latvia and Russia… and then we performed it here in NYC.  Music From Earth was my first Environmental Piece and Demetrius was very patient as I figured out how to regulate the balance of tape and live player.  Visit Demetrius HERE: 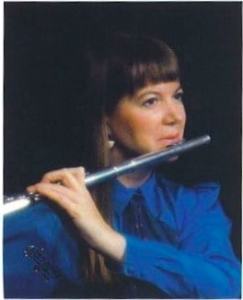 Dave Unland (Tuba) and Laura Campbell (Flute):  I list them together 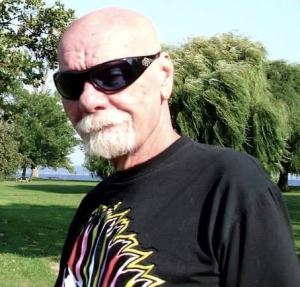 since they are husband and wife and performed on CHIRON Performing Arts concerts as core-member participants… Two of the finest musicians anywhere, it was a great pleasure working with them over the years… I composed a piece for them titled Vibrancy… where they used their voices to bridge the gap of high and low… I first met Dave when I was a student at Ithaca College where I was studying with Karel Husa… I’d just completed a recital where I played a few solo piano pieces and was at the student hall playing pool with a friend who was a tuba player, one of Dave’s students (he was the tuba professor at I.C.)… and this giant guy walks over… looks like a viking… and then in the kindest voice said… ‘Really liked your music man!”… my kind of dude.  I also wrote a piano and tuba piece for Dave titled Sona, and designed for him a version of Hudson Valley Music… and Laura premiered my solo flute piece titled ‘With Breathless Passion… which I composed as an instinctive reaction to the cold academicism I was then surrounded with.  Visit LAURA HERE: and DAVE HERE:

Susan Roebuck: Dancer, Core-member, CHIRON Performing Arts: Susan was a core collaborator and friend for many years.  She participated in many ways on our concerts and helped make it a true multi-disciplinary force… dancing, choreographing and supporting me every step of the way… her resume is quite impressive… Visit SUSAN HERE:

Dominick Rossetti: Talk about larger than life!  What an amazing adventure this was… Dom invited me to join him on a project he called ‘Pickles and the Junkman’s Daughter’… brilliant young actors were involved and a terrific imaginative story about turn of the century Brooklyn… children working in labor factories, wild gangs roaming the streets… and two mermaid girls dealing with rough city life… We performed twice at the United Nations… once for the benefit for the Tsunami in 2005 and once for Hurricane Katrina… it was a real ‘crucible’ for my work… songwriting and youth opera style writing… At the end of it Dom filmed everything and that summer I began scoring to film… which I loved and have been doing ever since.  Visit DOM HERE:

George Rosenbaum: Violist and gentleman extraordinaire. Truly this list is not in a particular order… otherwise how could I place George Last?  In years past we formed a duo and performed far and wide… I composed for him Solo Variations for Viola, Music for Strings, Percussion, Piano and Strings, Charactermusic for viola and piano and Waken which is both a concerto and a duo with piano. My first variety chamber music concerts were created for one of his visits and this later became CHIRON Performing Arts:
GEORGE ROSENBAUM started playing violin at age 6. He won the New Jersey statewide best young artist award 5 years in a row. He studied with Samuel Applebaum at the Manhattan School of Music and with George Papich at the University of North Texas. He is a National and International soloist, chamber ensemble musician and orchestral player and has held faculty positions at Texas Christian University, Northeast Louisiana University, the University of Memphis and Mesa State College. The list of works composed for him by composers of large and small reputations would take up the rest of this program. He is known for his tireless support of new music and masterful performances of works of the past. His ‘Fats Waller’ impressions are a matter of legend. About fifteen years ago he befriended a young composer named Christopher Kaufman, toured with him, cajoled the composition from him of 2 concertos, a duo and a solo work for viola and helped inspire the inception of this concert series.